Andrew is a comedian who performs all around the country. In 2021 he was selected for Comedy Zone, the Melbourne International Comedy Festival's showcase of Australia's best up and coming comedians. He is six feet tall and he is strong. But he has a gentleness too that can't be underestimated. But he can hold his own in a fight. So he's got a good balance of attributes and he's definitely worth getting to know. His show at this year's Comedy Festival is called "Tough Guy".

A lover of the irreverent and nonsensical, Dan Kappa holds nothing sacred when over-sharing his personal life, off-kilter views of the world, and inane ramblings he should be keeping between himself and his showerhead.

Heather Joan is an up-and-coming stand up comic, writer, and 2020 Raw State Finalist based in Melbourne on Wurundjeri Land. She’s a queer trans woman of colour who’s comedy has been called “brave” by cis straight white people.

Lauren Bok is an award winning comedian with big dragon energy. She does stand up, burlesque, mimes, silly voices and children's comedy all at same time. Nominated for the Golden Gibbo at the Melbourne International Comedy Festival in 2019, she has been described as 'jaw-achingly brilliant' by The Music and 'a joy to watch' by the Herald Sun. 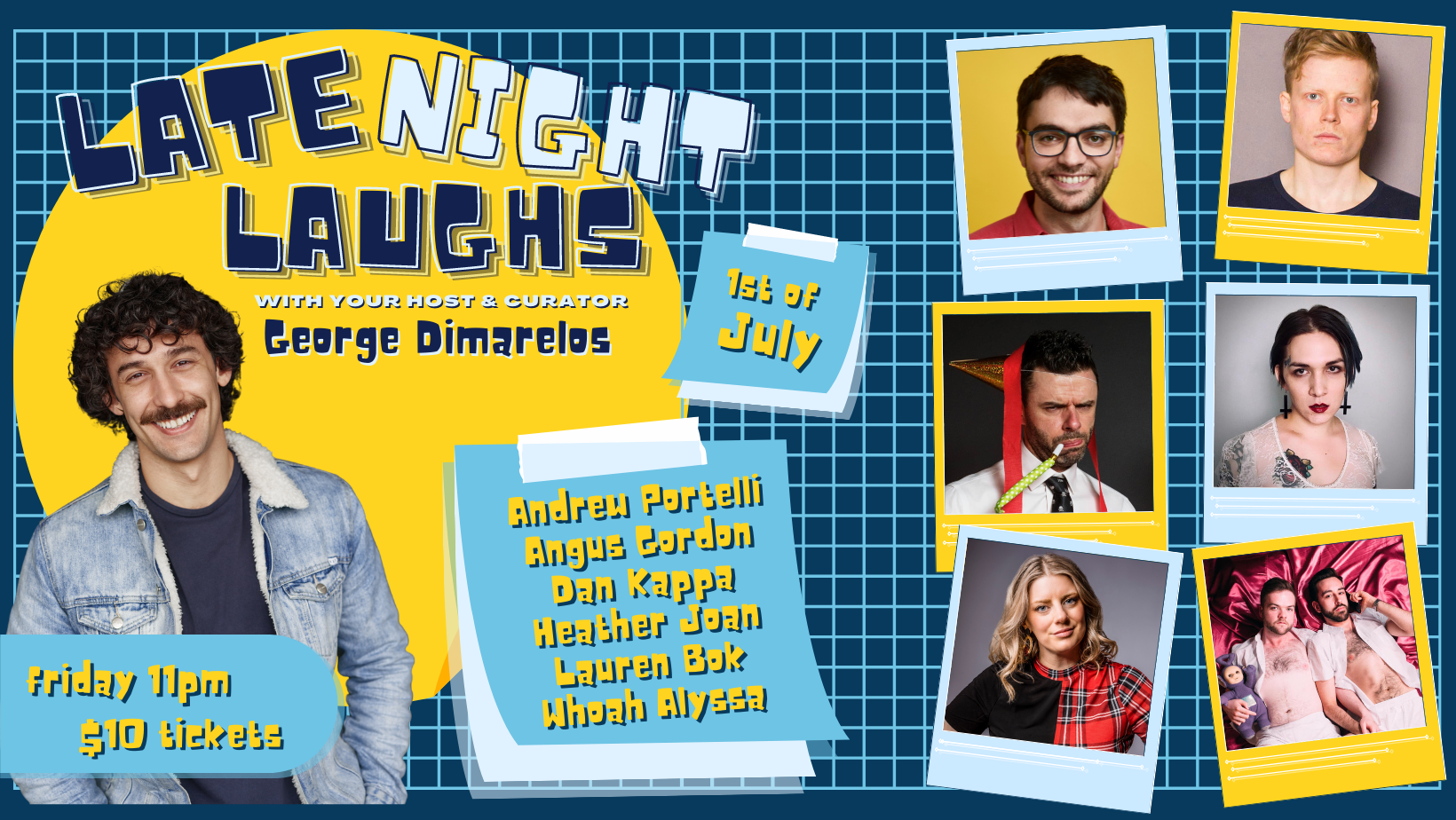