Elyce Phillips is a writer/illustrator/comedian/horse enthusiast (not to ride them or anything - they’re just strong and weird and she appreciates that). She’s performed live sketch comedy at festivals around Australia, makes comics with a little collective called Heaps Comics, and sometimes works at Hard Quiz checking all the facts are properly fact-y.

Hannah is a dreamer, adventure junkie and bit of a hippy who still shaves. Famous for her use of analogies, comedy is where she finds an audience to her strange life and observations.

Krutika's vivacious energy crackles through her routine as she describes her stories about Indians, Australia and Sex. She is a part of the sketch comedy group @sketchy_people_comedy You’ll find here trying to make Melbourne laugh with her ‘fresh’ (off the boat) perspectives

Jack Druce has continued to build his reputation as one of the nation's funniest voices and strongest writers, touring his stand-up around the country and writing for Australia's prime-time comedy shows. Jack has appeared on ABC's Tonightly and Splendour in the Grass and written for The Project and The Weekly.

Baby-stepping into themes of sexuality, death, and beached whales, Eli uses absurdism to connect with his audiences. He’s performed at the Melbourne International Comedy Festival, The Comedy Store, and is a two-time state finalist in the RAW Comedy competition. 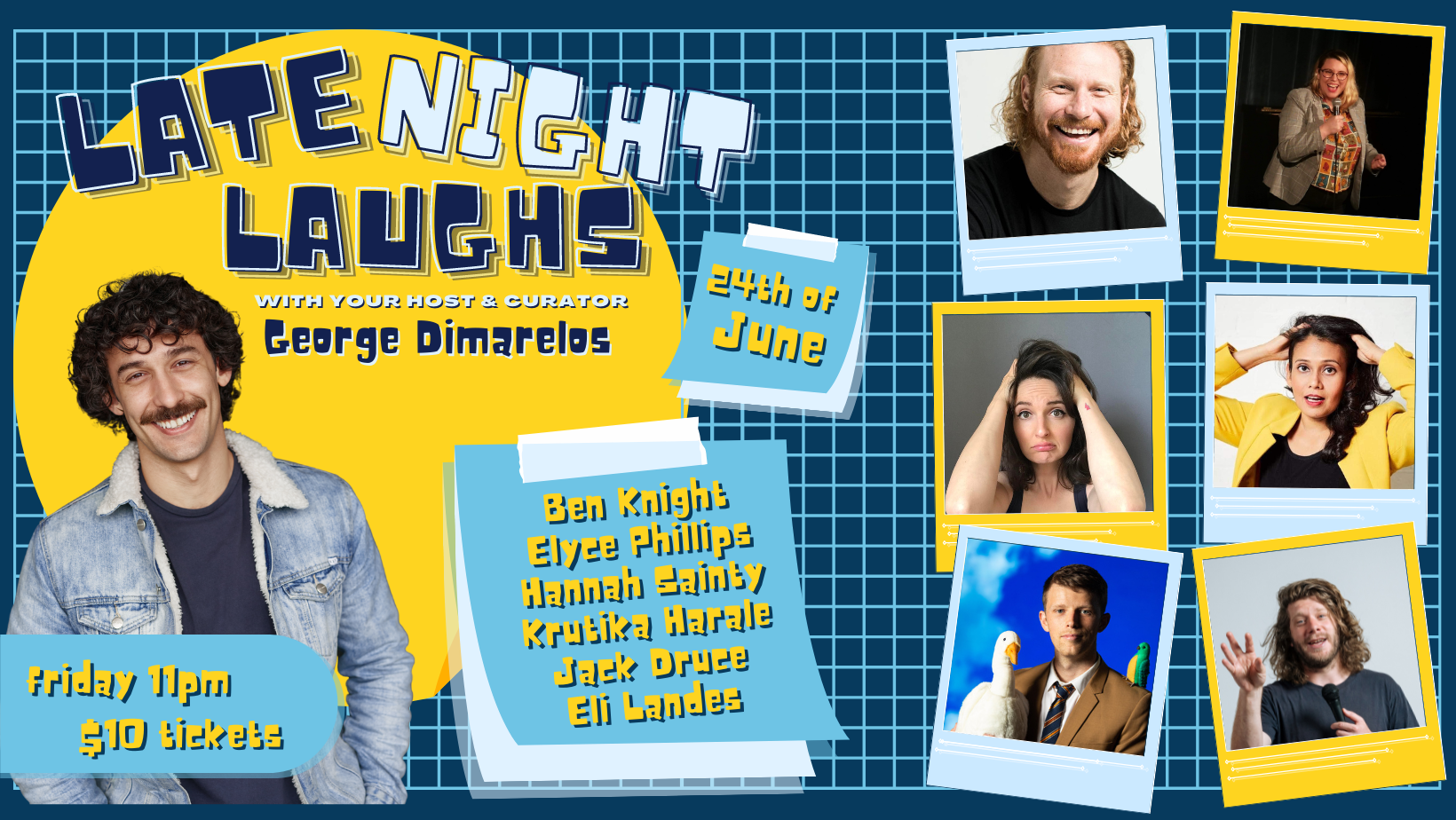