The performers:
Howlin' rock 'n' blues with elements of funk and soul, Jag performs with grit, rawness and a whole lotta love! Writing compositions on identity and real-life trials, Jag fearlessly guides audiences through an ecstasy of honesty. Jag is known for her acapella and vivacious performances, and she's got a story to tell. Passions like reading, painting, playing instruments and theatre are demonstrated in her performances, as they greatly define the woman she is. With a track in the works with producer/musician Joelistics, Jag is a young powerhouse you don’t wanna miss!

Mr Trey Frenchie was born at a very young age and his greatest achievement was when he became Time Magazine person of the year in 2006. Having performed at different venues around Melbourne, he also holds the title of Mr Boylesque Australia 2019. With his unwavering passion to perform a good show, be prepared as he performs acts that will intrigue and entertain.

A French Duke, a femme fatale and a fundamentalist's worst nightmare combine to create draglesque duke Ira Luxuria. Named for the Latin terms for cardinal sins rage and lust. Applying a fine arts education to an incurably immature sense of humour, Ira takes the stage for emotive, electrifying and utterly indulgent drag and striptease performances. Ira is one of the core members of Melbourne’s smuttiest Rocky Horror shadow cast, The Pelvic Thrusts, and was 2nd runner up in the 2019 Miss Burlesque Victoria competition. Revealing a lot more than just skin, they bend genres and genders, intellectualism and puerile humour, the line between art and smut blurs just as smoothly as their eyeshadow! Swinging around the streetlight at the corner of perfection and provocation, they are here to climb through your eyes, down your throat and nestle into your deepest desires. The Original Sin Themself: IRA LUXURIA!

This emerging member of the drag king community will take you on a gender bender you'll never forget… Sleazy whilst all together cheesy, Jenitals is here to please, baby! Making his drag debut as part of Kong's King's 'One Hot Minute' segment less than a year ago, Jenitals has erected himself as a firm figure within the Melbourne drag scene. Recently joining the ranks of 'SMASH!' – a troupe of gender fluid and POC performers – as well hosting and producing his own show 'The Hirsuit of Happiness', the only way is up from here, bb's! Performances are guaranteed to be silly and sexy resulting in audience members feeling a mixture of amused and aroused. What can he say, he’s versatile!

The Museum of Living Art 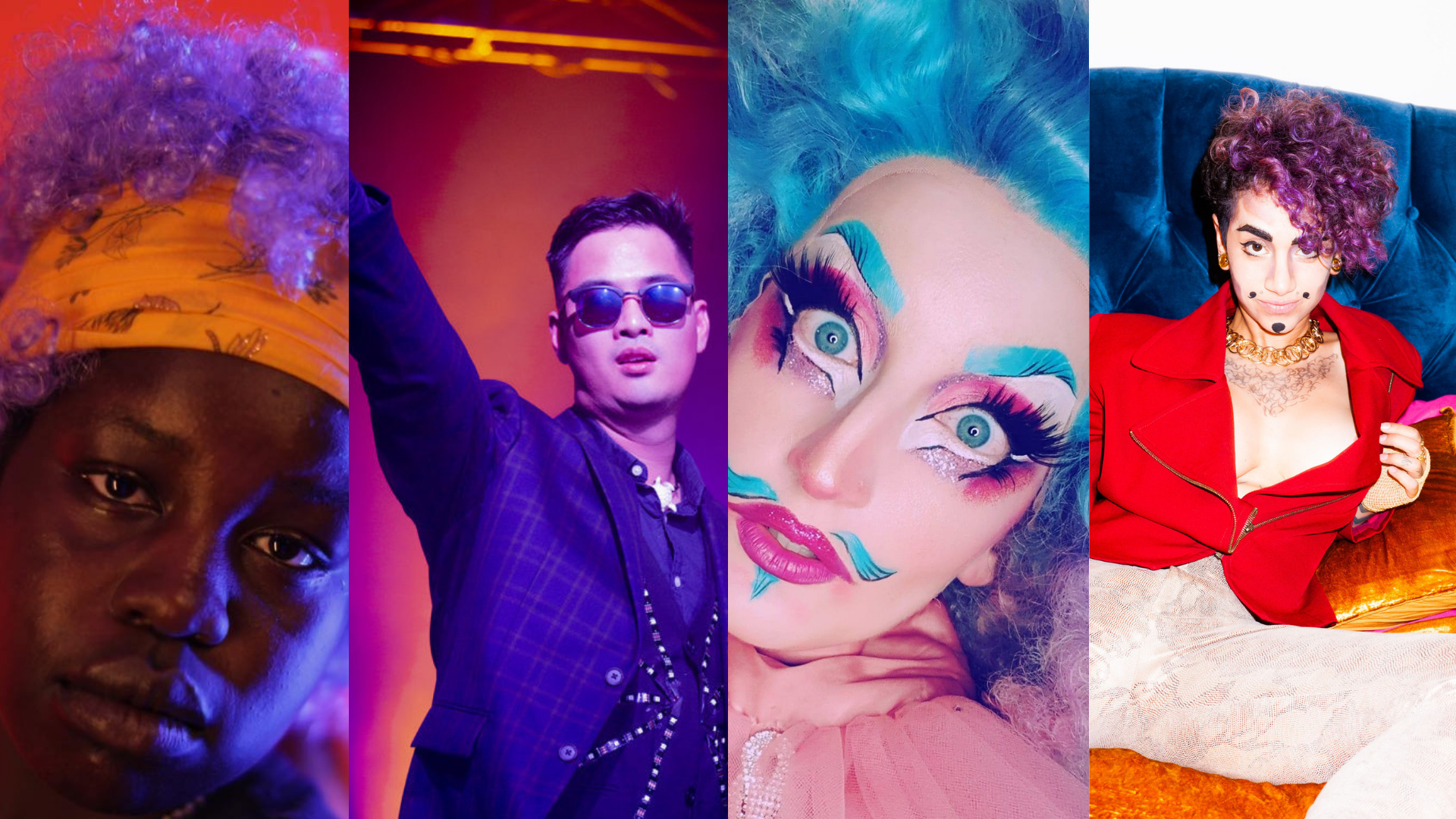