Palace of Magnificent Experiences
Home
/
Experiences
/
Through The Curtains No. 1 (RESCHEDULE TBC)

Through The Curtains No. 1 (RESCHEDULE TBC)

Each evening will feature an intimate musical performance followed by music and dance intertwined. Adam Rudegeair & The Magnificence Trio will provide the backing track for two performing artists.

A night of extraordinary talent awaits you Through the Curtains.

The performers:
Jaleh will tell you her life story as an Iranian woman through her voice and Daf (an ancient Persian frame drum). Performing a mixture of Iranian songs and sole improvisation. Jaleh started learning to play the Daf when she was 16 with one of the most well-known Daf Masters of Iran Masoud Habibi. She has been searching for her place as a musician since then. During 2019, Jaleh jammed with flute and trumpet players discovering the versatility of the instrument and the diversity of music that can be played. At this time, she travelled with her instrument through Europe and started to find her path meeting amazing world folk musicians, learning different rhythms and also performing with Brazilian and Argentinian musicians. In February 2020, Jaleh participated in a music event in Chile, 'Etno Cahuil' playing the Daf and singing, playing in an orchestra, learning different Latin percussion and rhythms. Since then she has been invited to play as a guest for different bands. She is learning to play guitar and Oud exploring her own music from life experiences that have made her who she is now.
‍
The Magnificence Trio is lead by Adam Rudegeair of PBS 106.7FM. Adam is a prolific composer, performer and educator based in Melbourne. His music is rooted in jazz and funk, with significant influences from the sounds of New Orleans, Minneapolis and avant-garde groove musicians such as Sun Ra and Medeski Martin & Wood. Adam's current projects include Lake Minnetonka, The Bowie Project and the ongoing collaboration with jazz legend Bob Sedergreen ‘Bourbon Street to Brunswick Street’. He enjoys performing tunes by his favourite jazz composer Thelonious Monk, as well as film and TV music, and songs by Prince and Bowie.

After stints in Byron Bay, Berlin and her bedroom, Alikeen Killer is thrilled to be back on stage and what better stage than POME! Alikeen is an alluring entertainer, a queer Queen whose performances are both enticing and animated. She draws from experience to create her intimate pieces; from comedy to striptease, heartache to sex, you'll be right there with her every step of the way.

Delivering flickers of Hollywood Horror and delectable Dadbod Dance moves, the vainglorious Vincent Prize is the voyeur in your nightmares. Kooky and Spooky suspense is a specialty best served sparkling as Vincent Prize goes Hump in the night. Inspired by the horror experience at Disney Hollywood Studios, The Tower of Terror teases with Nostalgia and Neo-Burlesque. Set to rocking beats that take you on a journey into the haunted hallways of the Hollywood Tower Hotel, Vincent Prize burns up the stage with his Dadbod Dancing.

REGISTER YOUR INTEREST BEFOREHAND. LIMITED VIEWINGS MAY BE REQUIRED.
Register Your InterestBrowse All Experiences 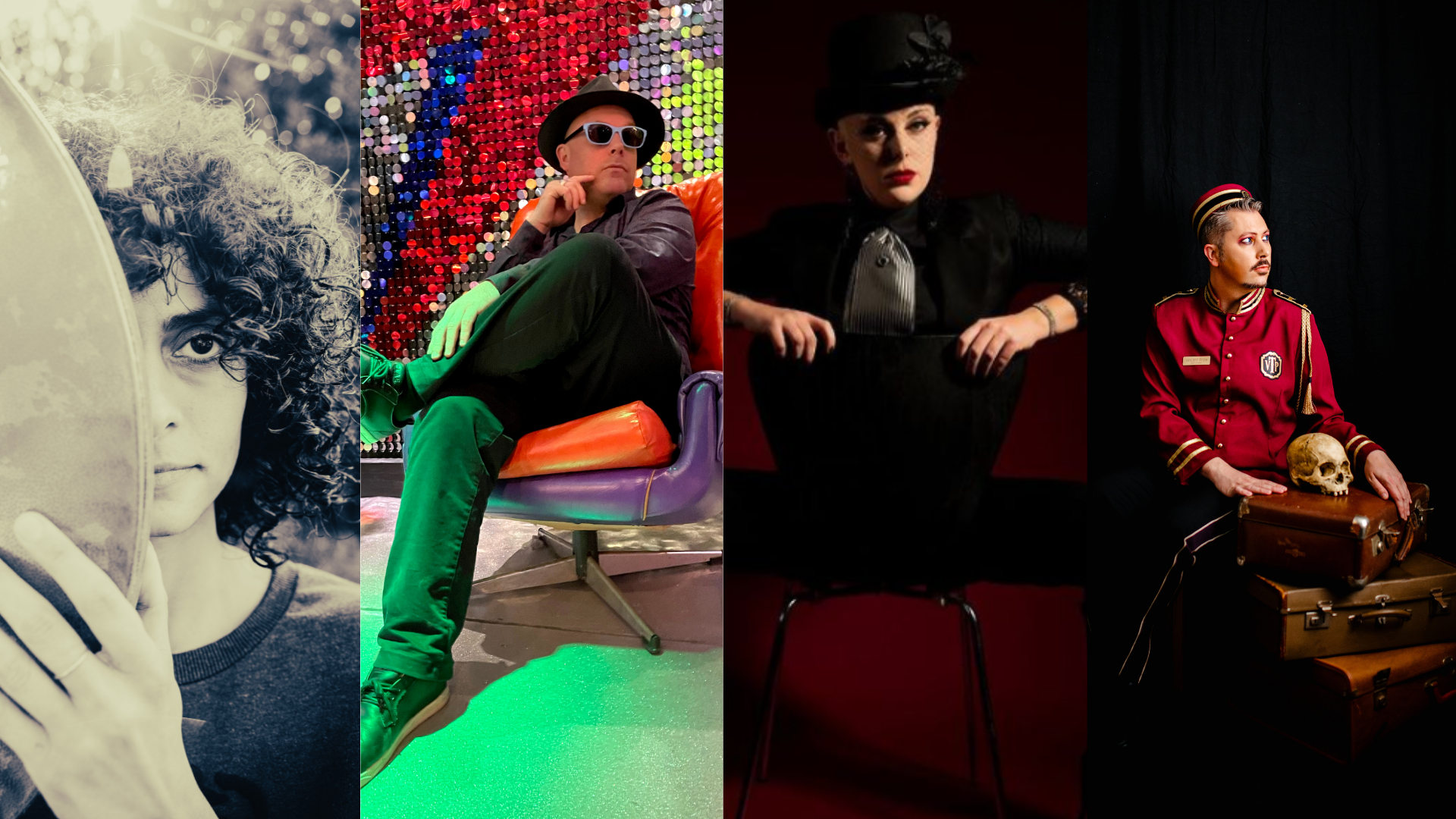