Since first performing stand-up in 2012, Aidan Jones has sold out runs in the Edinburgh Fringe, Perth Fringe, Adelaide Fringe, and Melbourne Comedy Festival. He is also a regular at comedy clubs all around Europe, the UK, Asia and Australia - his hilarious and honest storytelling is quickly earning him an exciting reputation, with the West Australian in 2020 calling him, "one of the cleverest young minds on the Aussie comedy circuit.

Aurelia St Clair is a Melbourne based comedian, writer and dog mother. Their stand up has been recorded for Audible, and when not on stage, Aurelia can be found on the internet, reviewing suburbs, restaurants and experiences nobody asked for but everyone needs to hear.

Ellen Mahoney has been performing in comedy clubs all over Melbourne since 2018, her credits include opening for comedy legend Bev Killick in the 2021 MICF and debuting her first solo hour “Feminem” in the 2022 Festival. Her quirky, self deprecating style has been winning over audiences, but unfortunately not winning over a suitable partner. Raised by mildly problematic Boomers and desperate for love, she's the feminist that feminists hate. She’s been called the pop culture fuelled attack on the patriarchy by audiences around the country but her Dad still says she’s mostly a disappointment.

Lou Wall is a multi-award winning comedian and composer working in Naarm. Over the last three years, Lou’s shows have been recognised for their genre bending, politically savvy comedy and garnered critical acclaim. 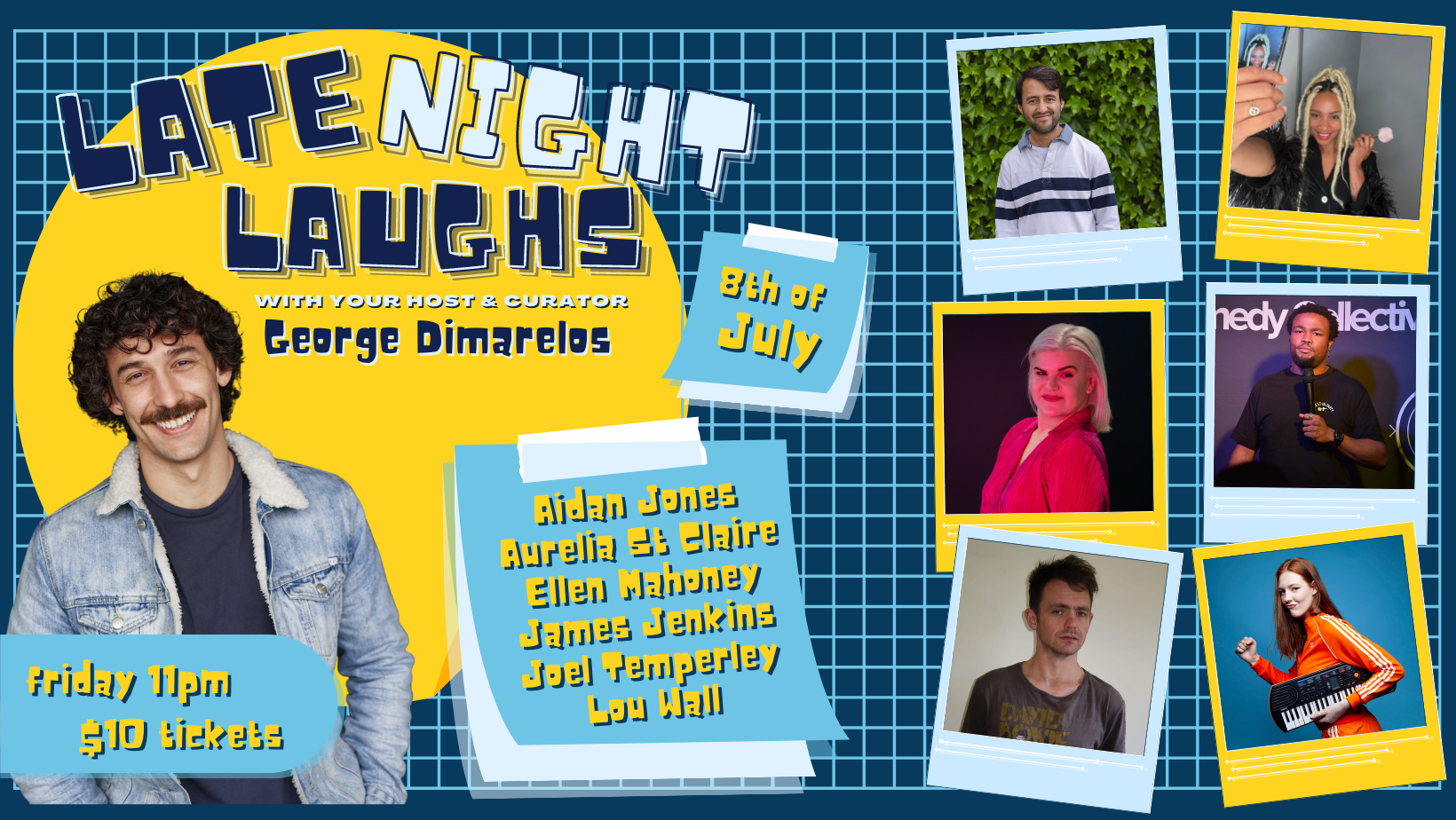