The performers:
Gina Stirling: putting the 'G' in 'G Spot' and revealing herself as a political, radical, queer, self-loving act. Gina explores classic, neo and cabaret styles, infusing them into a sensual, lusty cocktail.

Gina has been performing internationally in Burlesque, cabaret and musical theatre for over a decade. Under her previous alter ego, Mimi, she achieved one of the highlights of her career by placing first in her category at The World Burlesque Games 2014 in London. In 2015 she decided to take a break to travel the world and find a place she could call home. This ended up being in Melbourne, Australia.

As well as being a performer, Gina is a freelance life model and a dance instructor at Bottoms Up! Burlesque and Pole, Brunswick. She is extremely passionate about body confidence, sexual empowerment and seeing her students flourish through dance. Feast your eyes on this femme fatale as she allures her audiences from far and wide.

Born in Hyogo, Japan, Yumi Umiumare is an established Butoh Dancer and choreographer and creator of Butoh Cabaret works. She has been creating her distinctive style of works for 30 years and her works are renowned for provoking visceral emotions and cultural identities. Yumi’s works have been seen in numerous festivals in dance, theatre and film productions throughout Australia, Japan, Europe, New Zealand, South East Asia and South America, and have received several Australian Green Room awards. Her own major production’s credits include DasSHOKU Butoh cabaret series (1999–2014), EnTrance (2009–2012) and PopUp Tearoom series and now creating a new show DasSHOKU TeaParTEA!

Whisky Falls is Scotland’s Alternative Showgirl. She began her burlesque career in London in 2012, ‘The wee dram o’ glam’ started gracing the Australian cabaret stages in late 2018. Known by her rich and smoky onstage persona, she carries her years of performing, choreographing and teaching wherever she goes.

Like a good malt, Whisky will warm the cockles of your heart with her unique blend of fire and finesse. Her blend of dance techniques, dramatics and styling will keep audiences palates wanting more than just a wee dram!

In between acts we have Miss Zaphyer singing live. Zaphyer Enfield is a mix match smash of odds and ends, who knows what she’ll do next? Zaphyer has spent the entirety of her life performing in one way or another, from singing, screen acting, studying Musical Theatre at Ballarat Arts Academy, to even Cosplaying on TikTok for likes during Covid. Now she is ready to retake the stage and show the world her weird and wonderful self. She enjoys exploring a range of styles and songs that move you, from classic jazz to modern hits, even slipping in a musical theatre classic, all paired with her rich and powerful voice. Be ready for anything as Zaphyer takes you on a journey through laughter, passion and a few glasses of wine.

REGISTER YOUR INTEREST BEFOREHAND. LIMITED VIEWINGS MAY BE REQUIRED.
Register Your InterestBrowse All Experiences 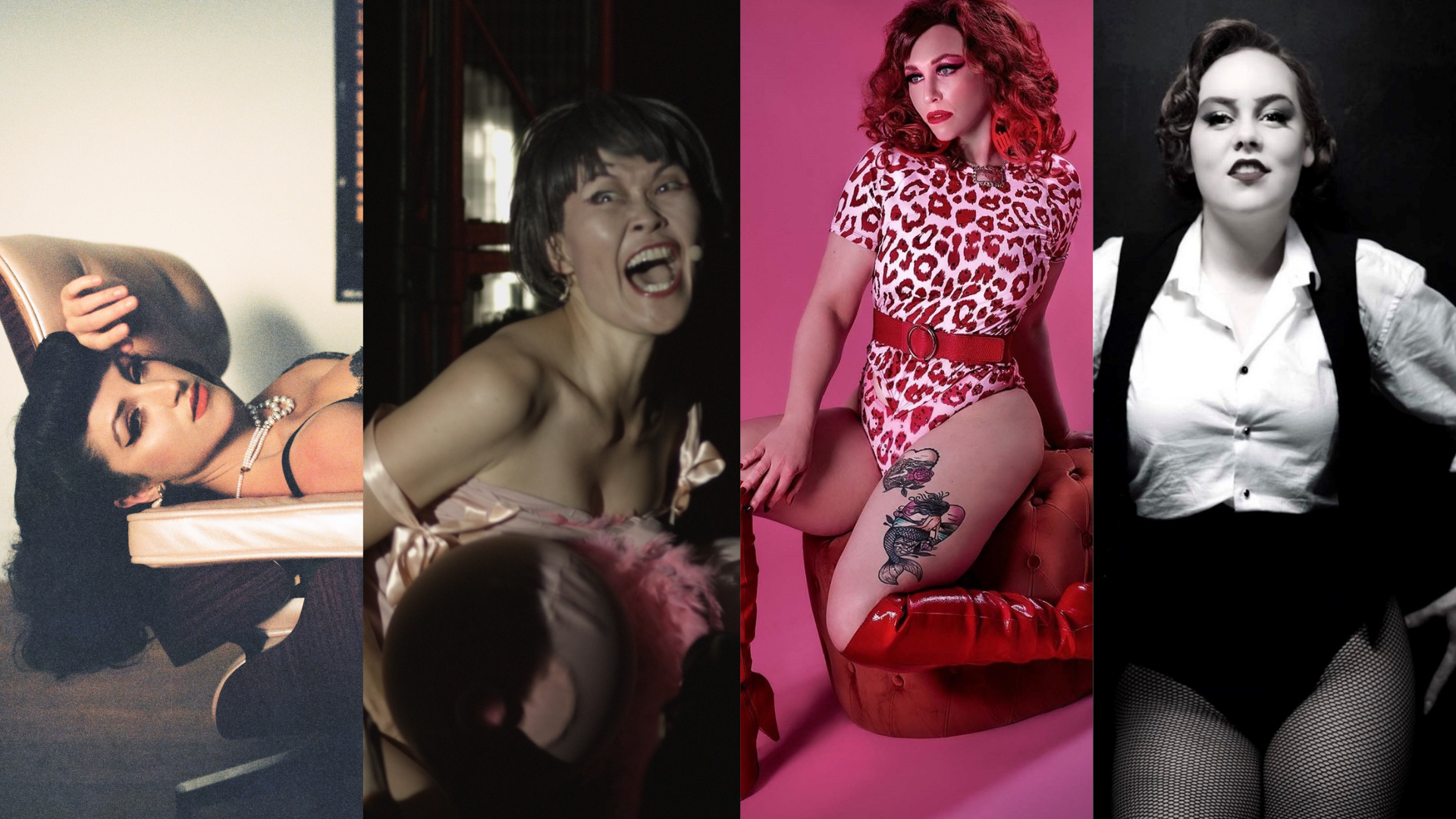